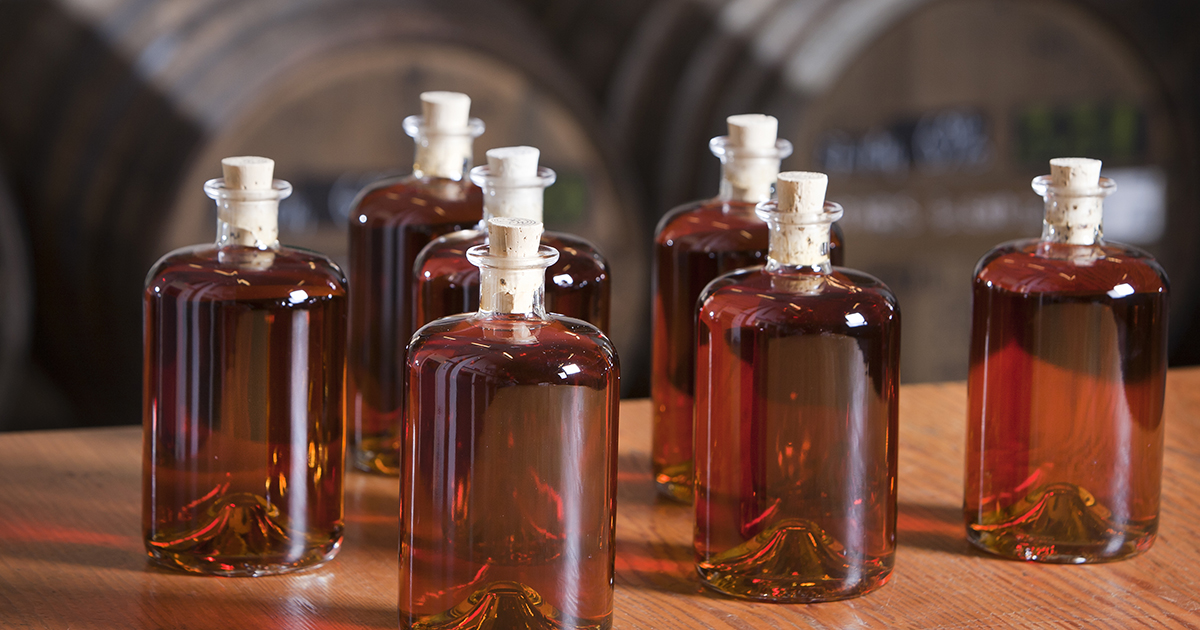 A recent article in Harper’s, The Rise of Rum Part 2: Reaching new sugar highs, has been making the rounds in the rum community, and not in a favorable way. While purporting to educate, promote and document rum’s recent rise in popularity, it actually does quite the opposite, with inane, and misleading passages like this:

Rum is sugar-based so it is more of an upper rather than downer. It’s suited to late night bars and rum-based cocktails like mojitos and daiquiris…. Rum has a broad appeal because its ingredients are sugar cane and molasses,” he explained. “I’ve noticed that the younger generation like a lot of sweetness in their drinks” It’s not stuffy like cognac, overly traditional like whisky, depressing like gin, or superficial like vodka. It’s made of sunshine.

No, to be quite honest, rum is made from fermented sugar, and so is every other distilled spirit. Surprised? Read on.

Whisk(e)y begins with grain – barley, wheat, corn, … When the barley is cooked, the starches convert to sugars via enzymes. The resulting liquid wort is high in sugars. The wort then ferments with yeast to turn the sugars into alcohol. The distillation process then concentrates the alcohol.
Brandies, including Cognac, are made from fruit. The fruit juice is high in sugar content. The fermentation process turns the juice sugars into alcohol. At this point it’s known as wine. Distilling the wine yields brandy, also known as eau de vie.

Mezcal (including Tequila) starts with agave, which is full of natural sugars – that’s what agave syrup is, after all. Fermentation turns the agave’s sweet juice into alcohol, and distillation concentrates that alcohol. Olé!

Vodka can be made from just about anything, include grains, fruits, potatoes, etc. It really doesn’t matter what, as the end result is distilled to such high proof that it’s essentially pure ethanol. Regardless, the alcohol in vodka always come from fermenting sugar, same as the above processes.

True rum always starts from a sugar-cane source. Some rum is made from pressed cane juice, a practice most common in French-influenced producers like those on Martinique (Rhum Agricole). Other rums are made from a molasses base. Molasses is essentially reduced cane juice, with much of the sucrose removed. However, other sugars remain. (Disclaimer: I’ve slightly simplified the above for clarity.) As you’ve probably guessed by now, the molasses is then fermented to create alcohol, which is then distilled to make rum.

All spirits have a large amount of sugar at some point in the production process. There are any number of ways to get that sugar though – directly, as is the case of rum, or indirectly, via starches as in whiskey.

Here’s the critical point that most people aren’t aware of: A proper fermentation process converts most of the sugars into alcohols or other non-sugar substances. Furthermore, a properly executed distillation process yields a distillate that has essentially zero sugar content.

Regardless of whether the distiller is making whiskey, brandy, tequila, rum or vodka, what comes off the still is not sweet. There is no sugar in it. You don’t hear people saying that bourbon is too sweet. Nobody proclaims tequila to be too sugary.

So why this persistent perception in the general public that rum is “too sweet”? Some of it is due to misleading articles like the above. And some is no doubt due to the fact that some rum producers add sugar to their rum after the fact. This practice is particularly prevalent in spiced (or flavored) rums like Captain Morgan, Kraken and Sailor Jerry. But it’s also common in many highly regarded “connoisseur” rums like El Dorado, Zacapa, Zaya and Diplomatico. So yes, there are sweet rums on the shelf, but that doesn’t mean that rum is naturally sweet. The presence of sugar in a rum you purchase is entirely a decision of the producer.

The whole topic of sugar in rums is a hotbed of controversy within the rum world these days. I’m not going to make any proclamations of goodness or badness here. I’m simply stating that there are many rums with sugar added. And there are also many rums that don’t have added sugar. You as the consumer can decide what tastes good, and purchase appropriately

Aside: If you are interested in my thoughts on added sugar and various shenanigan played in the rum world, be sure to read my article: Can Rum Survive Its Moment in the Sun?Among other things, it has pointers on what brands don’t add sugar.

Rum is a truly amazing spirit, made all over the world with an incredible diversity of flavor profiles and a rich history. There are people making rum equal in quality to the finest single malts, bourbons or Cognacs. However, the general population’s perception of rum is often confined to “fun time party spirit” and/or “tasteless and interchangeable with vodka”. People drop hundreds of dollars on high end bourbons like Pappy 23 but rum is rarely regarded as equally worthy of such a monetary outlay.

There’s a global rum community that’s very aware of the spectacular rums being made. People like Richard Seale, Martin Cate and any number of passionate rum writers tirelessly promote quality rums to anybody who will listen.

However, without a broader awareness of quality rums, distributors and stores don’t carry them. Thus, the rum connoisseur market struggles to get the rums they so desperately want, while many quality rum producers struggle to stay afloat. Meanwhile, our shelves are stuffed with any number of ridiculous, useless flavored vodkas and other swill.

Quality rum can more than hold its ground against any other distilled spirit. However, more people need to understand that there are great rums worth seeking out in the same way they seek out the latest cool single malt or artisanal mescal. Insipid, misleading articles like the Harper’s piece spread misinformation and ultimately do more harm than good in this cause.

How can you help? Continue educating people with the facts about how spirits are made. And next time somebody tells you they don’t like rum because it’s too sweet, share this article with them.

The post Rum is made from Sugar – And so are Bourbon, Cognac, Vodka and Tequilaappeared first on Cocktail Wonk.